NOTE: Summer, October, Holidays & Special Event rates: $250-$350, please review dates and rates before booking. TIMELESS TRANQUILITY HEART OF PIGEON FORGE,1BR 1.5BA DOG FRIENDLY Timeless Tranquility is a cozy, dog-friendly, 1BR 1.5BA Cabin located in the heart of Pigeon Forge. You are just minutes away from the Parkway but the property is nestled in ...
$ 169 (standard dates)/per night

The History of The Great Smoky Mountains 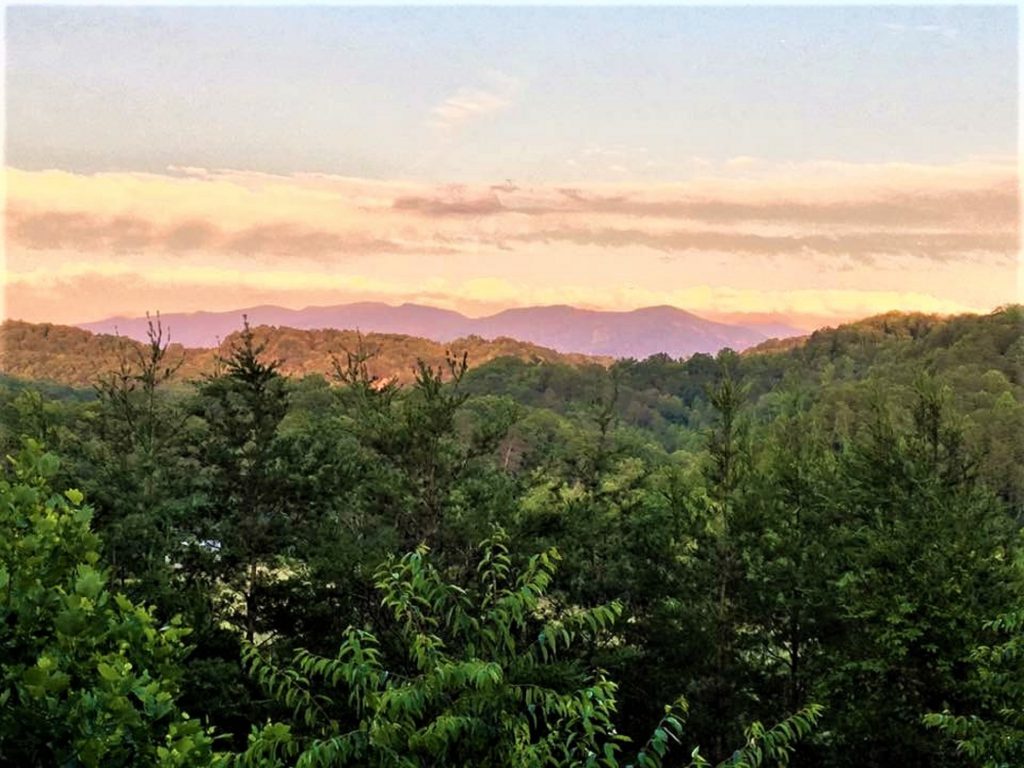 The Great Smoky Mountains are famous for the amazing diversity of plants and animals to be found in its ancient mountains. And because the National Park Service has lovingly and meticulously preserved 78 structures within the national park, the Southern Appalachian mountain culture has been frozen in time with its five historic districts and nine listings on the National Register of Historic Places. 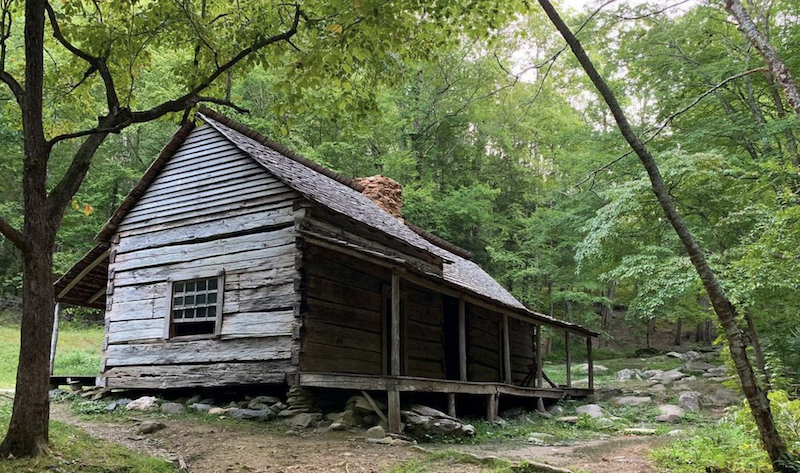 Native Americans are thought to have hunted in these mountains for 14,000 years before moving into the river valleys on the outer areas of the mountain range. And, when English explorers made their way through the area in the 17th century, the Cherokee controlled much of the area with the Great Smoky Mountains at the center of their domain.

“The name “Smoky” comes from the natural fog that often hangs over the range and presents as large smoke plumes from a distance. This fog is caused by the vegetation emitting volatile organic compounds, chemicals that have a high vapor pressure and easily form vapors at normal temperature and pressure.” (en.wikipedia.org) 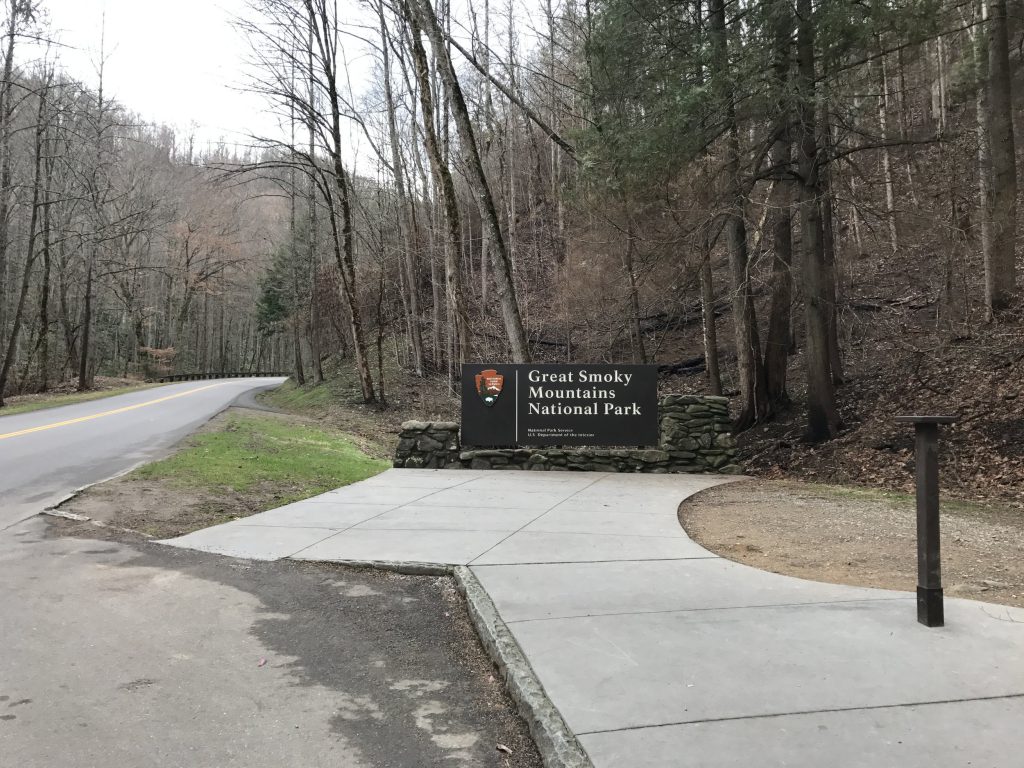 The Great Smoky Mountains run along the North Carolina/Tennessee border which is a subrange of the Appalachian Mountains. You’ll hear folks refer to the range as simply the “Smoky Mountains” – even more common – is to hear folks just call them “The Smokies”. One of its best known features is that it’s the home of the Great Smoky Mountains National Park which protect the majority of the range. And with over 11 MILLION visits a year – it’s the country’s most visited national park in the United States!

The Flora (Plant Life) of the Smokies

Late 19th and early 20th century logging resulted in the loss of much of the forests located in the Smoky Mountains. However, it’s estimated that about 187,000 acres of old growth forest remains.

The majority of the forest is second-growth hardwood now and the area contains 1,600 species of flowering plants which include 100+ native trees and 100 species of native shrubs. The Great Smoky Mountains also have 2,000 species of non-vascular plants (like mosses and algae) that call the area home, as well.

The various areas and elevations of the Smokies will see different varieties of plant life. “Balds” or areas without tree cover can be found at higher elevations which include grassy balds with thick grass coverage and heath balds which contain dense areas of rhododendron and mountain laurel.

The Fauna (Animals) of the Smokies 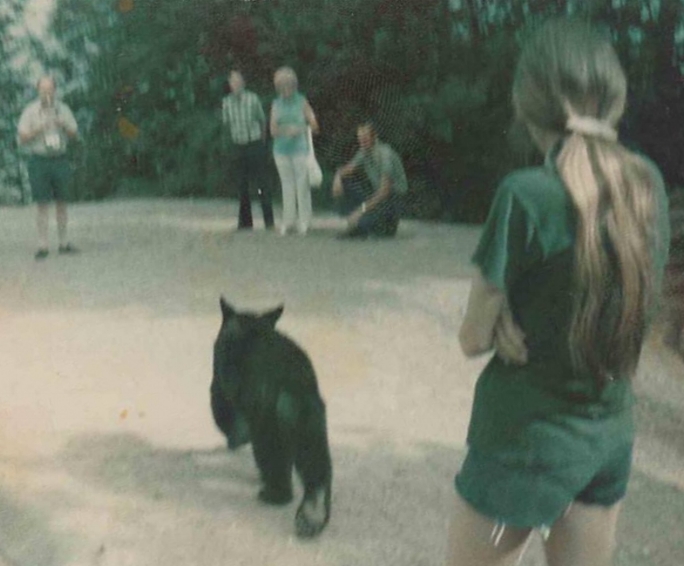 If you’ve ever visited us before, it should come as no surprise that the Smokies are home to the densest population of black bears in the Eastern United States. This is evident from the countless photos and videos you see on social media of them roaming outside homes, rental cabins and through downtown Gatlinburg! Although, not the biggest species of bear, they still range in size from 100 to 300 pounds with some growing past 500 pounds! That being said, black bears are no joke and you should stay well clear of them if spotted for the safety of the bears and YOU!

We don’t have wolves in The Smokies, but we do have coyotes and the gray fox and red fox that roam the area. We can also boast the most diverse salamander population outside of the tropics – how cool is that!

We’re also home to over two dozen types of rodents which include the endangered Northern Flying Squirrel, 10 types of bats including the endangered Indiana Bat and the National Park Service has successfully reintroduced the river otter and elk to the Smokies.

For the fishermen and women, Brook Trout are also native to the Great Smoky Mountains, too!

The Cities of the Smokies 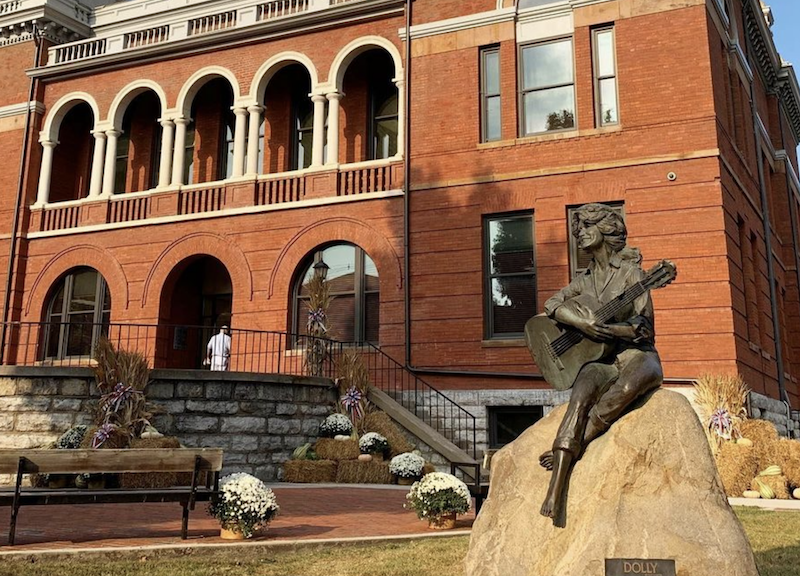 The area of Pigeon Forge is well known as the home of Dolly Parton’s Dollywood, but did you know Sevierville is actually her hometown?!

Sevier County was created in 1794, named after John Sevier and renamed Sevierville the following year. Sevierville is located on the center stretch of land between the junctions of the East Fork, Middle Fork and West Fork of the Little Pigeon River known as “Forks-of-the-Pigeon” with its sources flowing from high in the Great Smoky Mountains. 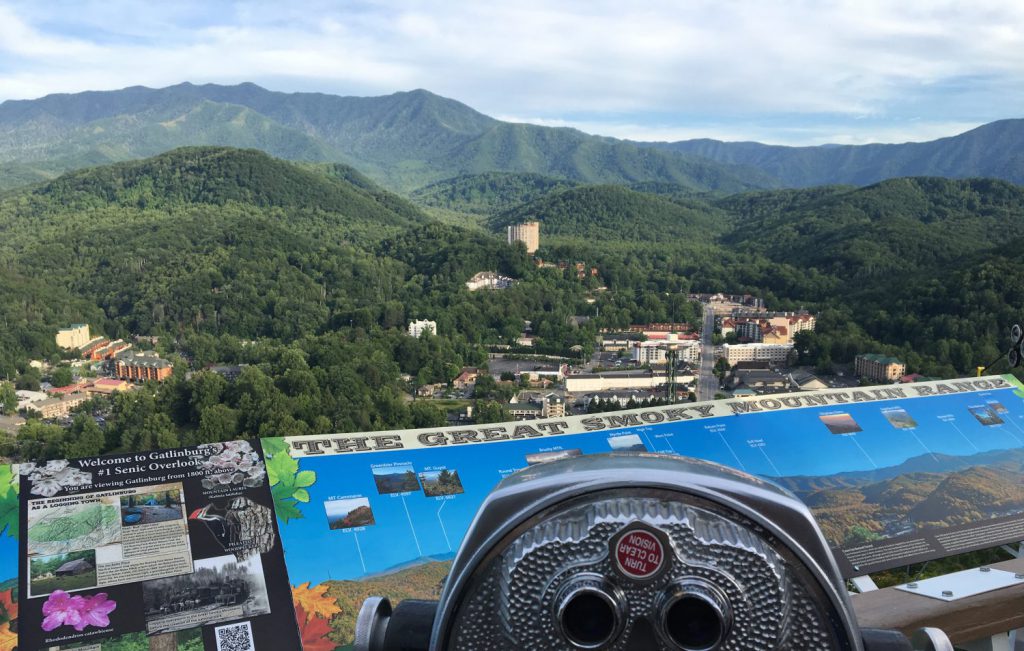 Part of Sevier County, Gatlinburg is considered a mountain resort city with an actual population of just 4,144 according to the 2018 census. This number swells during peak tourist season as it’s a popular tourist destination and entrance point for the Great Smoky Mountain National Park which sees millions of visitors a year since it lies on the border of the park.

Gatlinburg was formerly known as White Oak Flats or White Oak before being incorporated.

To answer one of the most common questions right off the bat, the “Pigeon Forge” name comes from the iron forge built by Isaac Love along the Little Pigeon River around 1820. The location of the forge is what is now the Old Mill and a popular area for tourists.

It’s located within a narrow valley along the river between Sevierville and Gatlinburg with Pine Mountain, Shields Mountain and Cove Mountain making up the valley and a narrow gorge cut by Little Pigeon River rounding out the borders of the town.

“The Parkway”, or Route 441, runs through Pigeon Forge on the way to Gatlinburg, then Great Smoky Mountains National Park and on into Cherokee, North Carolina. The Parkway is also where you can find most of Pigeon Forge’s tourist attractions, as well.

Tourism in the Smokies 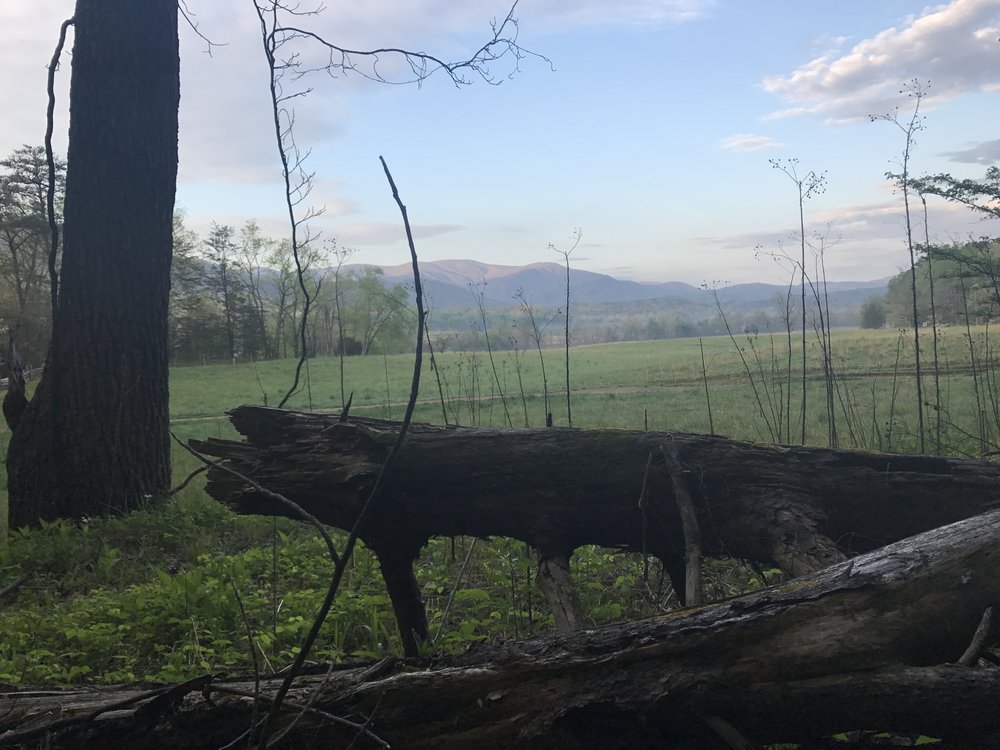 Cades Cove is well worth the drive and one of the few times you’ll be thrilled to be stuck in traffic. A slow moving circuit through this park offers tons of wildlife viewing, mountain scenery and several areas to stop and get out to enjoy the area. You can walk, bike or drive this 11-mile loop. 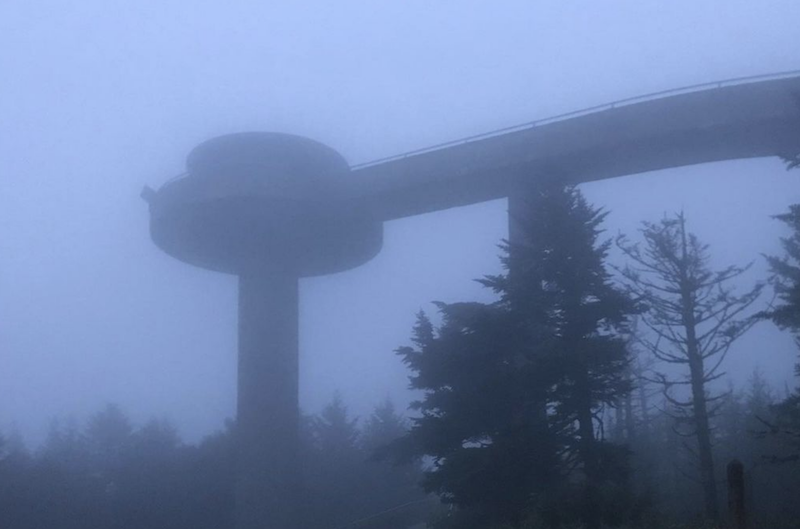 This spot is the highest point in the entire Great Smoky Mountain range, rising to an elevation of 6,643 feet! The average temperature difference here is 10-20 degrees cooler than lower elevations. Also, as the highest mountain in Tennessee, the observation tower offers spectacular views of the area – even up to 100 miles if the weather cooperates! 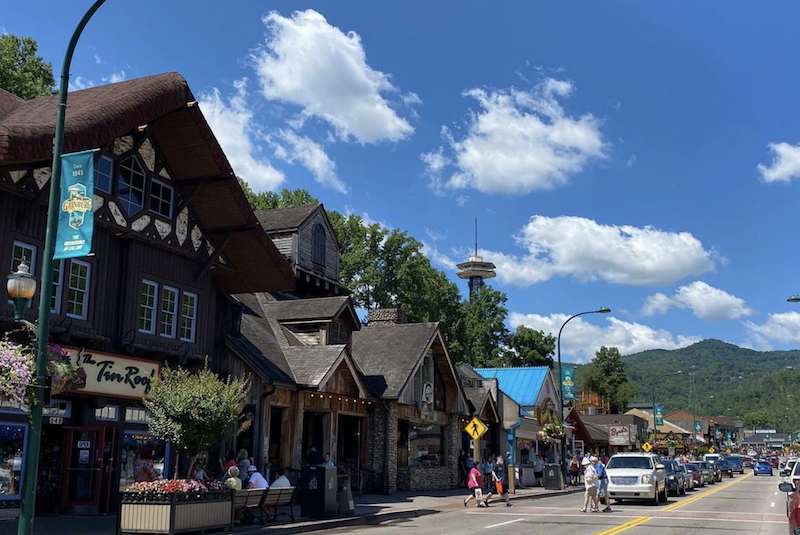 Gatlinburg has tons of accommodations, attractions and dining options for the entire family. With outdoor activities, kid-friendly options and more – it’s easy to see why the area is a top tourist destination in the U.S. 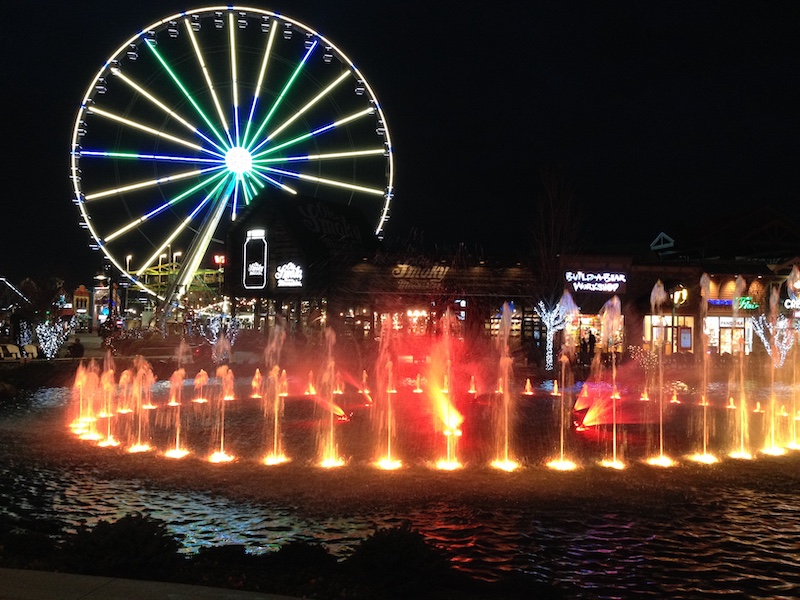 10 million folks visit Pigeon Forge each year and while there’s tons of attractions, rides and places to eat. You can’t miss the amazing mountain scenery, parks and recreation areas, either! 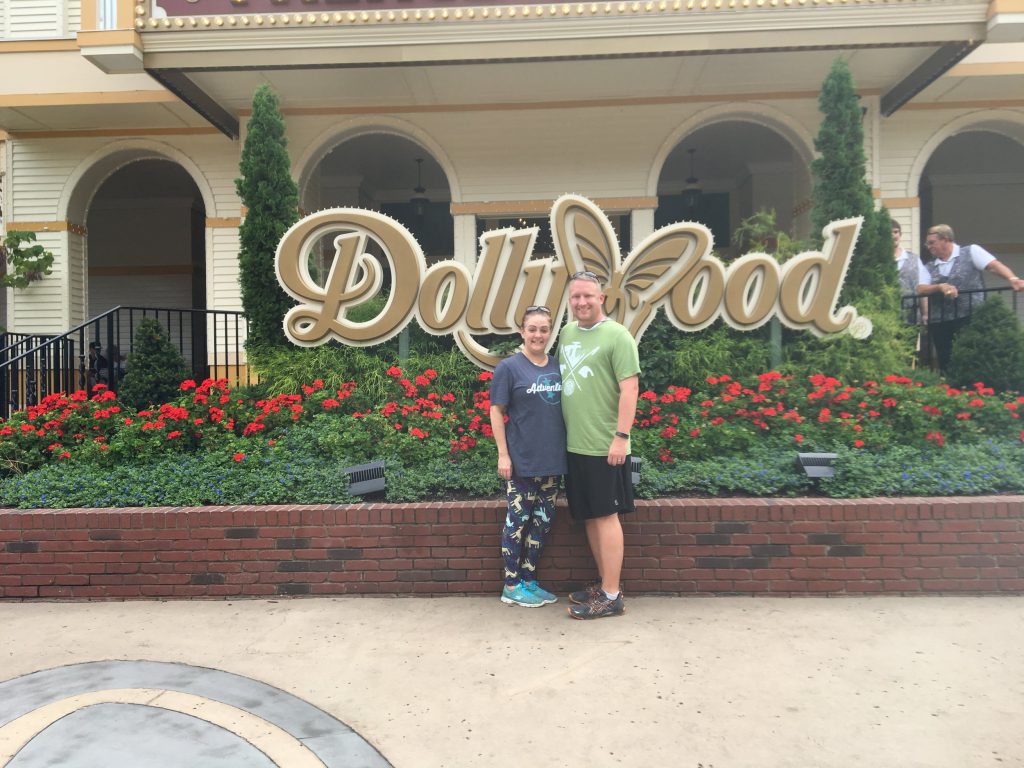 Dollywood is not just the an amusement park from its namesake Dolly Parton. It also considered one of THE top amusement parks in the world! And we can vouch for that honor, too! Over 40 rides, entertaining shows and dining topped with some of the friendliest staff in the world make this an awesome, must-see spot while visiting the area. 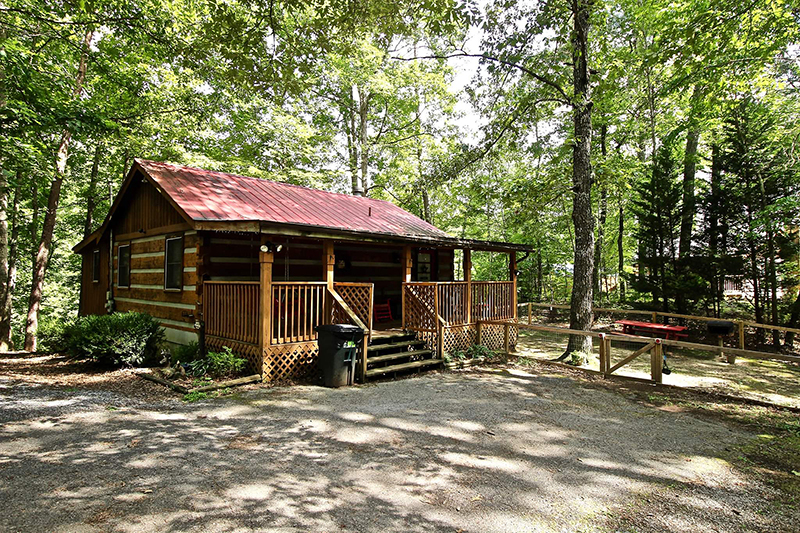 Whether it’s a mountaintop lodge for a large group or a cozy condo for a couple – the area has tons of wonderful accommodations to choose from. Why stay in a hotel, when you can have your own Smoky Mountain experience in a private rental cabin?! Of course, we’re being biased, but you can’t beat the memories made in a cabin in the clouds! Especially when they’re affordable pet friendly cabins like ours -Come stay a while with us!